Can you put the toothpaste back in the bottle – maybe in these crazy times!

HomehomepageCan you put the toothpaste back in the bottle – maybe in these crazy times! 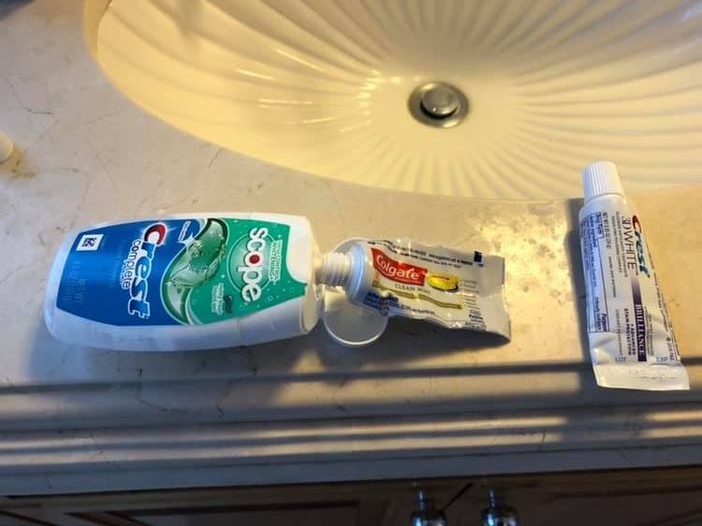 Can you put the toothpaste back in the bottle – maybe in these crazy times!

These continue to be crazy times. The U.S. is still restraining the supply of essential goods via tariffs and COVID restrictions while printing money for stimulus. This is a recipe for inflation. The $1.9 trillion-dollar federal stimulus package will help many families, businesses, and state and local governments hard hit by the pandemic. But it is also fueling concerns about ballooning federal debt, inflation, and how we can protect ourselves financially. The new stimulus spending package, on top of trillions already spent to revive the economy, is driving the national debt to unprecedented levels.

Isn’t it appropriate that the month of paying our taxes begins with April Fool’s Day and end with cries of May Day!?!

San Diego’s unemployment rate has started off the new year heading in the wrong direction. The latest job reports show January at 8.1% up from December’s 8%. Let’s hope that the new red tier is good for employment. Under the “crazy” category we’ve been hearing from restaurant operators gearing up to re-open or staff up and they are finding it hard to find employees. Under the same crazy category, I just had a client get three bids for an ALTA survey. They came in at $3300, $8800 and $12,500. All for a job that until recently ran $1200-$2500.

The housing market continues to be white-hot. Nationally, home prices rose 14% from last January, but the average monthly payment only rose by $5 – $10. At the same time, the Mortgage Bankers Association reported the number of serious mortgage delinquencies has risen by approximately 160% since the beginning of the pandemic. In the rental market, it is even worse. More than one in four renters with incomes below $25,000 are behind in rent.

To continue on my “crazy” rant, CalMatters reported that applications for new business licenses rose nearly 22% in California in 2020. And despite the unemployment plunge in 2020, the number of personal and business bankruptcies fell from 775,000 in 2019 to 545,000 in 2020 (That’s a 30% drop! Crazy!). How does this happen? Well, some of it is all of the toothpaste stimulus that has been handed out and some undoubtedly is bankruptcy courts being slowed by the pandemic.

I recently read a study by the rating company, Fitch who estimated that going forward, employees will work from home (WFH) on average of 1.5 days per week. This would result in a 20% decline in office workers and a 10% decline in office space demand (its severe scenario doubles those assumptions). Under this scenario, Fitch estimates that WFH can lead to an approximately 44% decline in value. For comparison, office properties saw a 43% decline in the 2008 Great Recession. The recovery took over three years.

One area that has held up better than most over this last year has been fast food. Particularly with a drive-thru. Although I have to say I look forward to going out to a nice sit-down restaurant indoors again. Fun Fact: there were 9,700,000 pizza payments made on Venmo last year! Thought you would be interested in the chart below. Please give me a call or email me if you would like an analysis of your properties’ value or discuss what you should be doing with regards to the Coronavirus pandemic and its impacts on your business, tenants, or property (Nick Zech, 858-232-2100, nzech@cdccommerical.com).

The past year has been one of transition in the national and local market. Economic dislocation has spread across the region. Businesses have dealt with the regulatory burdens placed on businesses by local, state, and federal authorities to combat COVID. Hotel occupancies and tourism have cratered. Closures will continue to ripple across the region as we recover, resulting in higher vacancies and negative absorption. The pandemic has in many ways accelerated the insolvency of many businesses.

As I have mentioned, these are crazy times and things don’t always appear as they seem (maybe this is why we at CDC are finding ourselves more in demand than ever – helping people find the ball and keep their eye on it). Tom Robbins, the American Novelist said, “the trick is to keep your eye on the ball even when you can’t see the ball.” Until recently, I never believed you could put the toothpaste back in the bottle, but as you can see at the top of the page. I proved that you can. Furthermore, earlier this month I found that I could be in two places at the same time when I sat in on two zoom calls at the same time! This continues to prove our motto this month. Agility – focus, pray and run like crazy. I hope you enjoy the story…

Twenty of the crew escaped in open boats, but only five survived the three months adrift, while three others were rescued off an island.

Herman Melvin based his novel, Moby Dick, on these real events but changed the name of the ship from the Essex to the Pequod.

One hundred and fifty-one years later, a Seattle English teacher, A History teacher, and a writer approached a bank about a loan to start a coffee house. They wanted to call the place “The Pequod,” but the bank would not lend them money on that strange name, so they changed it to “Starbucks” – the name of the first mate in Herman Melville’s Moby Dick tale. The rest is history . . .