Is a yield curve inversion coming to real estate near you?

HomehomepageIs a yield curve inversion coming to real estate near you? 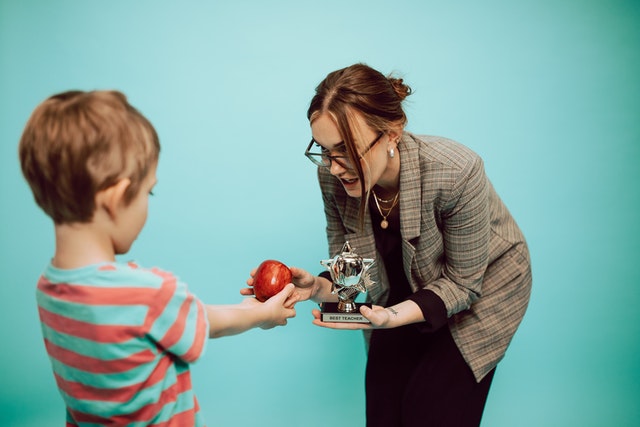 Is a yield curve inversion coming to real estate near you?

“The point to remember is that what the government gives, it must first take away.”

Although the quote above is both funny and true, it is not entirely accurate. If taxing was the only way our government paid for things, our taxes would be much higher. Instead, our government prints more money by borrowing it with no intent to pay it back. This simply devalues our currency, effectively taxing you out of your money. In a simple example, that $3 gas or $3 hamburger you used to enjoy is now $6 – you just experienced a 100% tax!

The two-edged sword is that the Federal Reserve is tasked with fighting inflation. They started doing so at their March meeting by raising interest rates a quarter percent. Unfortunately, this increases borrowing costs which leads to greater costs of goods and services until…it puts a damper on economic activity.

Shorter term rates (overnight lending all the way to two-year Treasuries) are affected by the Federal Reserve rate increases. Long-term rates 10–30-year Treasuries (and yes, home and commercial loans) are determined by market supply and demand. However, there is a warp in the universe when those short-term rates are higher than the long-term rates. This makes no sense. Why get a better return on a short-term loan than a long-term one where there is far more risk? Going back to the 1950s, every time the two-year treasury yield has exceeded the yield on the 10-year Treasury, a recession wasn’t far behind. The last time such an inversion occurred, briefly, was in August 2019, and we all know what happened the following year. Although there is no way the pandemic could have been predicted, an economic pullback was highly probable. This phenomenon is called the yield curve inversion.

This month Bank of America sounded the alarm, telling clients it expects an inversion to occur sometime this year as the Fed is forced to raise rates to slow inflation and slow the U.S. economy. With inflation running at a scorching 7.5% over last year, the Fed may be compelled to hike rates more aggressively than initially planned, which could shock economic growth.

As of the first of the year, California is 1.2 million jobs above last year, but we are still 690,000 below the pre-recession December 2019 peak. The 2020 recession was officially the shortest on record, but the hangover continues today. Government stimulus (see printing money above) is catching up with us in the form of inflation (“pay me now or pay me later”).

While lost income from high unemployment normally results in reduced sales volume and prices in real estate, the opposite occurred in 2020-2021. Recessionary conditions never took hold in the housing market due to the combination of historically low inventory for sale, unparalleled loan rate reductions, massive cash disbursements to consumers and foreclosure and eviction moratoriums. As these events reverse course in 2022 hang on to your hat and look for opportunity.

If you are like most of us, looking for your next mini-series to watch, you might check out “WeCrashed.” It is the story of WeWork, the co-working office space company, and it is on Apple+ (you can subscribe free for a week). Being in real estate makes it fun to watch how landlords, tenants and brokers are portrayed. It’s the repeating real estate story we see daily as leasing brokers. The guy with a dream–faking it until you are making it. In Adam Neumann’s case, a zero to $47 billion valuation. If you want to see the antithesis of how “fake it until you make it” doesn’t work out, you may want to watch “Inventing Anna” on Netflix.

As March madness comes to an end, I reflected on how people pick their brackets. Some people pick their favorite team to win and then work backwards. They fill in their pool based on a fixed notion for which team is best. They disregard the path no matter how hard it might be for their team to become champion. This reminds me of how some people buy real estate. “It doesn’t matter what the price or value is, I want it.” Others pick their bracket based on potential match up, analyze records, schedule strength, skills, weaknesses and even how the team travels. This also reminds me how people should buy real estate. They pick based upon a path to becoming a champion.

So, why do many investors use a less rigorous process in investing than they do in filling out their NCAA tournament brackets? Over the long run, those who follow a well-thought-out, time-tested, process-oriented approach will raise the odds of success in compounding wealth by limiting damaging losses during significant market setbacks and being afforded generational opportunities when others are fearfully selling.

Here is a chart that illustrates Don’s point about the yield curve and recessions. Like most of you, I have been shocked and appalled by Russia’s invasion of Ukraine. Corporate America has responded by pulling brands out of Russia, but in a weird turn of events, closed McDonald’s locations have been taken over, renamed Uncle Vanya and had the famous “golden arches” turned on their side while maintaining the same color scheme (I wonder if Uncle Vanya is dressed as a red headed clown?).

As you prepare to give the government a share of last year’s income, I hope you enjoy this month’s story…

The IRS decides to audit Grandpa and summons him to the IRS office. The auditor was not surprised when Grandpa showed up with his attorney.

The auditor said, “Well, sir, you have an extravagant lifestyle and no full-time employment, which you explain by saying that you win money gambling. I’m not sure the IRS finds that believable.”

“I’m a great gambler, and I can prove it,” says Grandpa. “How about a demonstration?”

The auditor thinks for a moment and says, “Okay. Go ahead.”

Grandpa says, “I’ll bet you a thousand dollars that I can bite my own eye.”

The auditor thinks a moment and says, “It’s a bet.”

Grandpa removes his glass eye and bites it. The auditor’s jaw drops.

Grandpa says, “Now, I’ll bet you two thousand dollars that I can bite my other eye.”

Now the auditor can tell Grandpa isn’t blind, so he takes the bet. Grandpa removes his dentures and bites his good eye.

The stunned auditor now realizes he has wagered and lost three grand, with Grandpa’s attorney as a witness. He starts to get nervous.

“Want to go double or nothing?” Grandpa asks. “I’ll bet you six thousand dollars that I can stand on one side of your desk, and pee into that wastebasket on the other side, and never get a drop anywhere in between.”

The auditor, twice burned, is cautious now, but he looks carefully and decides there’s no way this old guy could possibly manage that stunt, so he agrees again.

Grandpa stands beside the desk and unzips his pants, but although he strains mightily, he can’t make the stream reach the wastebasket on the other side, so he ends up urinating all over the auditor’s desk.

The auditor leaps with joy, realizing that he has just turned a major loss into a huge win. But Grandpa’s attorney moans and puts his head in his hands.

“Are you okay?” the auditor asks.

“Not really,” says the attorney. “This morning, when Grandpa told me he’d been summoned for an audit, he bet me twenty-five thousand dollars that he could come in here and pee all over your desk and that you’d be happy about it.”